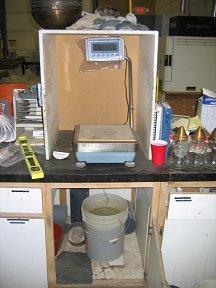 In 1993, Parrish stated that the most common error found when doing resource/reserve audits is an error in the tonnage factor used to derive the tonnage of the ore in question.   Density and/or specific gravity of the ore is directly related to the tonnage of the deposit which in turn is directly related to the amount of metal in a deposit.  Recent MTS experience indicates that Parrish’s 1993 comments are still valid in that many projects have insufficient data to adequately characterize the density (tonnage factors) of all of the waste and ore types while some projects have excellent databases containing well documented density determinations.

Insufficiency of data takes many forms, i.e., some projects simply have not performed any density determinations; others have not documented procedures or have used procedures that are inappropriate for the material in question.  Some workers, although relatively very few, still insist on obtaining density from their favorite little black book (Cat Handbook or Pocket Ref) and forego any determinations.

The problem is, quite simply, that the density multiplied by the volume yields the tonnage of material on hand and a discrepancy in the density of 10% produces a discrepancy in the metal content of 10%.  It is incomprehensible why many projects insist on not performing adequate density determinations in light of this relationship.  They routinely request assay data to 3 or 4 decimal places (at least one decimal more than is reasonably attainable) and are satisfied with density values based on few actual data, estimated from their favorite black book, or worse yet, a guess at the density based on questionable data from a somewhat similar mine in an adjacent country. 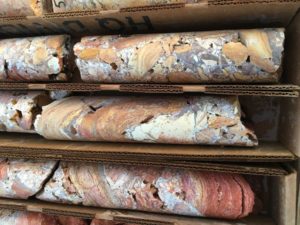 In the attached article, Dr. Ted Eggleston of MTS provides a summary of the methods used in the mining industry to determine density and/or specific gravity, evaluate the pitfalls of each method, and suggest preferred methods for various materials.  It does not contain all the procedures that will be encountered.  There are subtle to significant variations on all of the methods discussed here.  MTS has restricted discussion to methods that are most commonly, and effectively used in the mining industry, and does not discuss those sometimes-questionable procedures that are used by one project somewhere on the planet.  The recommended procedures are supported by ASTM or Australian standard procedures and are thus generally accepted as good procedures.